You may or may not know, that all across Europe some cheeses have protected status, such as; Appellation d’Origine Contrôlée (AOC), ‘Protected Designation of Origin (PDO)’ or ‘Protected Geographical Indication (PGI)’. These protections have been in place since 1992 and you will have seen their logos on the packaging of certain cheese, wine and other food items. They’re only granted for European products that are produced to exacting quality standards, to protect certain cheeses from being copied or imitated. 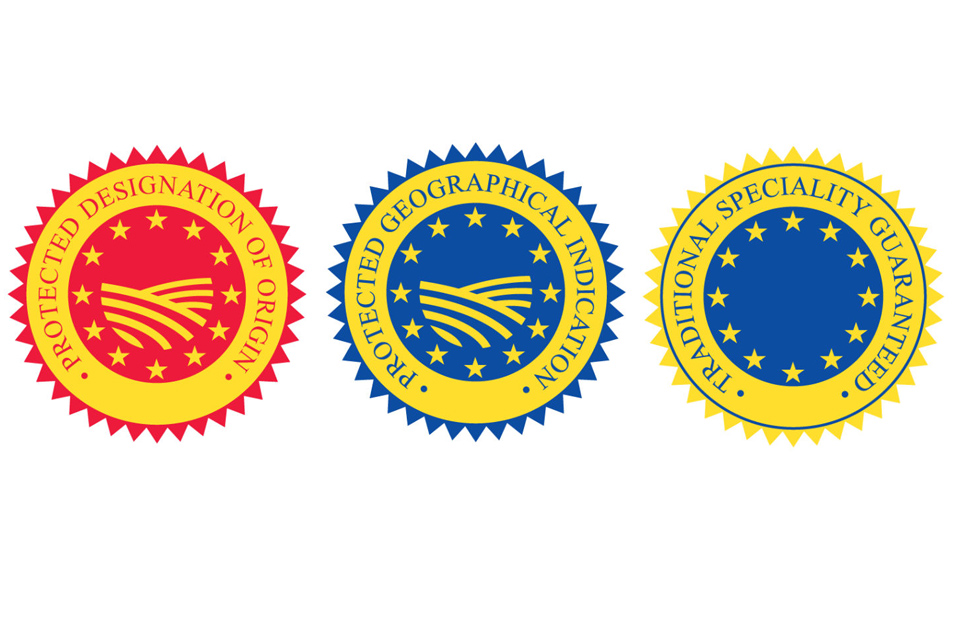 In total, there are four levels of protection but in this blog, I want to focus on one, AOC. AOC protection has rigorous controls to ensure that a Camembert is indeed a Camembert and not a pretender. The controls cover such things as; the type of cow, starter culture, region of the farm, and the time of year the cheese was made. I could go on but you get my point! What’s most important is that all of these controls have to be met. Failure to comply with just one of these controls will mean your cheese simply cannot be called a Camembert. These rigorous protections ensure that a massive conglomerate couldn't just sweep in and undercut a historical artisan cheesemaker. Essentially they ensure that certain cheeses will always be an artisan. A great idea…on the face of it.

Of course, I can see why these protections were put in place, but over the last several years I’ve considered the other side of the coin and come to understand how this has bigger implications for our continental counterparts.

Amongst my ramblings and iterations, the point I am trying to make is this: If you’re a cheesemaker, making beautiful artisan cheese and you drop the ball on just one of these elements, you could struggle to sell your ‘non-Camembert’s’ without the protected status declared on the label, resulting in reduced prices or even potential stock loss. These rules have created what some might regard as a cartel of cheesemakers in Europe. I remember my last trip to Rungis, the biggest cheese market in the world. I was presented with two cheeses that were familiar to me, with both claiming to be Crottin de Chavignol. One protected with all the labels, and one not. I playfully asked which one my host thought was better. Without hesitation, he pointed to the cheese with the seal of protection. I pressed again. “But which one tastes better?” My French host pointed again to the same cheese, to which I asked “why?”. The process and protection were the answer - the cheese had the badge! Well, I guess you get the run of what’s happening now. Admittedly, I tried both and the stamped one was (marginally) better. I proceeded to test this theory out on several other cheeses which were stamped and non-stamped. Needless to say, the stamp always won in the Frenchman’s eyes, but that wasn’t always the case in mine.

Now I’ve set the scene, let me discuss why I think not having many of these protections in place in Britain has been insurmountably beneficial to our own artisan cheese industry. Of course, my approach over in Rungis - ‘which cheese tastes the best’ - isn’t something I invented, but it’s something I witness every day in my 'cheese mongering' life. We, in Britain, care about quality, and recommendations. Whether a cheese has a seal of approval, is either here nor there. Once a piece of cheese is placed upon our tongue, all that stuff goes out of the window. If we like it, we like it, if we don’t, we adjust our opinions and move on. Let’s look at a real-world British example, Stilton. Stilton holds not only an AOC status but also a trademark. There are a few boxes that must be ticked to achieve the legendary name of Stilton, the key one being the region in which the cheese was made. Stilton must be made in Derbyshire, Nottinghamshire, or Leicestershire and the milk must be pasteurised. That in itself is an odd historical fact, why was the milk changed from raw milk to pasteurised milk? The answer involves an upset tummy and a misinformed Member of Parliament but alas, I digress! Enter stage left, the legendary and aptly named Stichelton, acutely not Stilton but close enough, however not allowed to be classed as a Stilton because it is made with raw milk rather than pasteurised. Everything else roughly falls into the Stilton making process. It’s a remarkable cheese but doesn’t meet the criteria to be bestowed the name of ‘Stilton’. This is where my statement at the start of this blog about how 'British consumers care about taste, not what’s on the label' really rings true. If we had the view to vehemently protect our well-known brands and refuse to buy anything but Stilton, perhaps Joe who makes 'Stich' wouldn't have reached the levels of sustainability to make it a viable career path for his family, thus not having this amazing British artisan cheese added to our roster!

I don't want us to get pigeonholed in looking at one cheese, so here are a few other examples:

The terrifically tremendous Tunworth, aka the award-winning ‘British Camembert’ made by the talented cheesemaker Stacey Hedges over at Hampshire Cheeses. Infamously, described by Raymond Blanc as the best ‘Camembert!’ The tour de force that is Baron Bigod, aka the ‘British Brie De Meaux’ made by Jonny and Dulcie Crickmore over in Bungay, Suffolk, made from the raw milk from Montbéliarde cows. The brilliance of the Beauvale, aka the ‘British Gorgonzola’ perfected by the Skailes family and Howard Lucas over at Cropwell Bishop Creamery in Nottinghamshire.

I could go on, but hopefully, you get my point - without the barriers of protectionism we’ve been able to create our very own British favourites. It doesn’t stop there though. Now that we’ve thrown off the shackles of named trademark cheese, we’re now able to splice together different cheese-making techniques to create just simply great tasting cheese, which our fanatical British cheese consumers love!

So, when a cheese lover asks a question when shopping at their deli counter such as "I like my cheese strong, oozy and interesting, not Pont-l'Evêque, but more like an Époisses, do you have something that meets that criterion?” You pull out a British Rollright - a washed rind, Epoisses-stroke-Camembert style cheese, wrapped in spruce bark, vacherin-esque. The shopper is delighted by their purchase and Rollright is now enrolled into the part of their brain where they index great cheese, and so continues the promotion of our style of cheese.

In summary, protection has its benefits. It ensures no one can get away with making cheap imitations from halfway around the world, flooding the market and destroying small family cheesemakers in its wake. But, I can’t help but think this once great idea has become outmoded, and potentially to the detriment of the very thing it was sworn in to protect, and our reluctance to accept these rules is one of several pillars why our artisan cheese industry is thriving internationally.